How to Mirror Phone to TV Without WiFi

The world of technology is advancing with each passing day. Did anyone think some time ago that we would be able to connect our mobile phone to a TV? Get ready to watch your favorite photos and videos, movies, or series from any online platform, broadcasting everything from your mobile phone. Today it is very easy and we will even explain how to mirror phone to TV without WiFi.

Connect a Phone to a TV without WiFi

If the TV you bought does not have WiFi, you should choose a more traditional solution – via HDMI cable. Each of the modern smartphones has a Micro USB connector. It allows the transmission of uncompressed images with 1080p resolution, 8-channel protection of audio and content using the HDCP protocol.

All information about your phone is given in the enclosed user manual or you can read the specification on the Internet. To connect your phone using an HDMI cable, you need to purchase a special MHL (Micro-USB to HDMI) adapter.

This type of connection allows you to transfer the image displayed on the phone screen but takes up some system resources. If you wonder how to mirror a phone to TV without WiFi and what the pros and cons are, this way the device can work slower – especially with 3D graphics in mobile games. 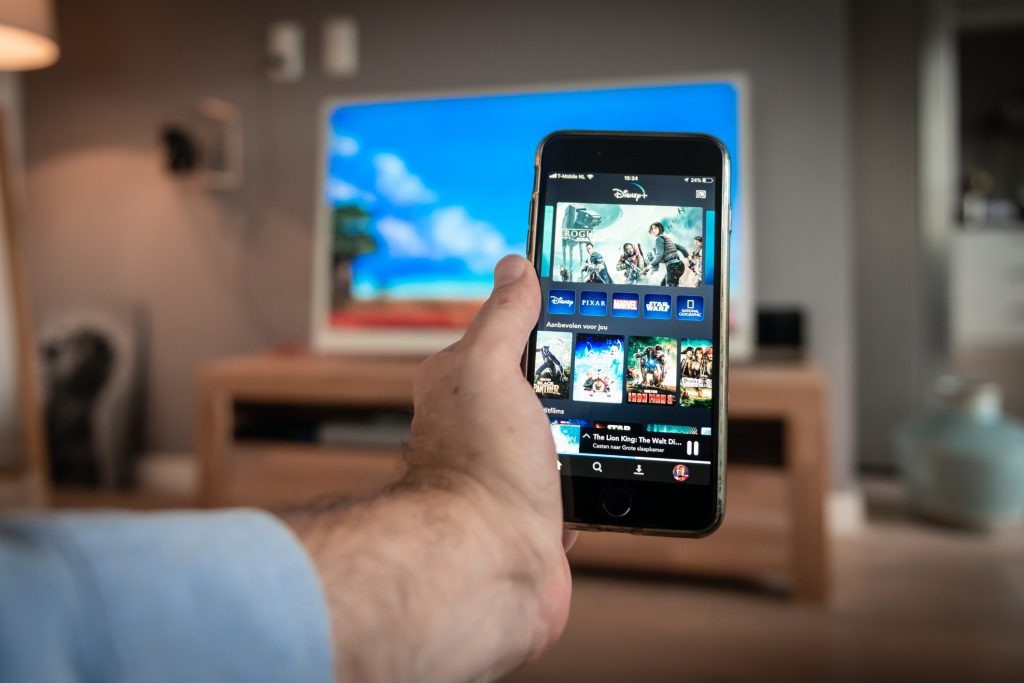 Connecting a phone to a TV with a USB cable is one of the easiest but at the same time the least effective way. To do this, you need to purchase a cable with a MicroUSB and a USB connector. Today it is used in chargers. Your phone acts as a storage device. This means that you will not be able to play games on the big screen or surf the Internet.

The activation process depends on the TV. Samsung, Sony, Philips, Toshiba, Panasonic, or Sharp – each manufacturer sets its procedure. In any case, you must select the signal source – USB or Multimedia. Then you are usually required to select the type of files you want to see: video, photo, or audio.

This type of connection compensates for the shortcomings of the connection using the USB interface, allowing you to display an image, not just video files from a smartphone to a TV display. This way, your TV will show everything that happens on the smartphone display.

The downside is that not all smartphones have an HDMI interface, so you need to purchase a special adapter to connect. After connecting to the phone, you need to select the operating mode as a multimedia device and the HDMI interface of the TV.

This is one of the best and fastest ways to connect TV to your phone without WiFi. The advantages of such a connection are the full use of the TV for various tasks, not just for playing video files on the big screen. The images are transmitted without delay, which may occur when using a wireless connection. Read more: How to Watch Movies on an Android Phone

MHL is a more advanced and modern standard type of cable connection between mobile gadgets and TV. It is implemented with the help of special cables or converters, which are connected at one end to the micro-USB port and the other to HDMI. Unlike the HDMI-HDMI connection, the MHL provides power to the connected device, which is very convenient. If you are wondering how to connect a phone to a TV without WiFi with better playback quality and faster transfer speed, MHL is your answer.

There are two main types of MHL cables and adapters. They are called passive and active. The active ones need an additional power supply, for which they have another USB port. Passive cables are only compatible with devices that both support the MHL standard.

SlimPort is another new technology for combining mobile devices and TV in a coherent system. It works through a special adapter that connects one side to the USB port of the phone and the other to the HDMI, VGA, DisplayPort, or DVI connector on the TV. This, perhaps, is its main difference from MHL.

The other significant differences are not in SlimPort’s favor, however. First, the SlimPort does not power the mobile device(although there is another micro-USB port on the adapter itself where you can place the charger). Secondly, it can only be used on devices that mutually support the technology and there are still not too many of them.

How to Mirror Phone to TV Without WiFi

To mirror images that are on the screen of a phone or tablet, on a Smart TV, the devices need to be compatible and be able to make this type of connection. This is certainly the easiest and safest way to connect a phone to TV without WiFi. However, to take advantage of it, you need to answer a few questions.

Does the TV have a Screen Mirroring function?

Is the Screen Mirroring function on the TV turned on?

If you want to connect a mobile device to another brand of TV, you will need to contact the respective manufacturer to check the compatibility between the two devices. It’s a good idea to check for compatibility when buying a TV or a new mobile phone if you want to mirror a phone to a TV without WiFi.

Smart TVs are becoming increasingly popular. Their biggest advantage is the functionality. In addition to broadcasting on TV stations, they allow, among other things, surfing the Internet, listening to music, and supporting YouTube.

You can also connect several peripherals to them, such as modern mobile phones. With this method, you can transfer all the multimedia data stored on your phone directly to the TV screen. To do this, there are several ways to connect the two devices. In this sense, it is very useful to know how to mirror phone to TV without WiFi and this is the question for which we tried to find a few possible answers.