The android operating system is one of the most used operating systems around the world. Having an antivirus app on your device is a must. People don’t use their phones just to talk with each other. We store very sensitive information about us on our phones. In order to keep those files safe, having the top antivirus for Android is a must.

Most people, who download apps only from Play Store, don’t need an antivirus app. Using your device in that way, you will be protected at all times. However, for those people who like to get a bit “off-road”, this article is especially crucial. Here we are going to share with you the top antivirus apps for Android to make sure your device is protected.

Please keep in mind that this list isn’t in order of which app is the best one. It’s simply a collection of the top antivirus apps for Android smartphones.

With over 50 million downloads worldwide and millions of users satisfied, Kaspersky is considered to be one of the top antivirus for Android. Don’t get us wrong, the installs aren’t the only thing that Kaspersky finds a spot on this list.

It features a background check that scans for viruses, spyware, and Trojans, an app lock that allows users to add a secret code to access messages, photos, etc. automatically blocks malware from photos and much more. In addition, it comes with a finding my phone option that tracks and finds your device if you’ve lost it.

You can also use the call blocker to block unwanted phone calls or messages. It’s a free-to-use app without any ads, however, it comes with in-app purchases and you can access the premium features with a free trial for 1 month.

Avast Mobile Security gets a place on the list of the best Android antivirus apps because of many reasons. With this app, users get notified when they install spyware that violates their privacy. Using Avast Mobile Security you can secure your device against phishing attacks, phone calls, infected websites, and much more.

Also, it comes with an anti-theft option that locks your device on SIM change and secretly captures photos and voice recordings of the thief. In addition, you have a SIM security option that allows users to register the device as lost after the SIM change. Where this app shines the most is the Wi-Fi security.

You can check the security of each network and email, browse and make any kind of payments wherever you are. The app is free to use as long as you don’t mind a few ads. Must see: Best Reminder Apps for Android

It’s one of the newer apps you can use with complete trust. It grew quickly because, well, it’s quite good. The app features basic stuff such as device scans, real-time protection, anti-ransomware protection, and much more. In addition, the app carries a find my phone option that helps the users to track and find the lost or stolen phone.

The app also supports different languages like German, French, Dutch, Italian, and much more. The free version comes with some ads and certain use of features. The premium version is $11.99 per year with no ads.

AVG Antivirus is one of the most popular antivirus apps. The app finds a place on the list of the top antivirus for Android because of many reasons. Aside from the fact that it’s loved by millions of users worldwide, AVG comes with many great features which make it one of the best.

Users can scan apps, games, and files in real-time, boost speed by ending tasks; extend battery life, lock sensitive apps with a pin, pattern, or fingerprint, and much more.

In addition, the app carries an option to enable locating your lost phone via Google Maps. The app comes with free trial of 14 days. You can get the premium version for $2.99 per month or $11.99 per year. Check this: Best Recycle Bin Apps for Android Phones 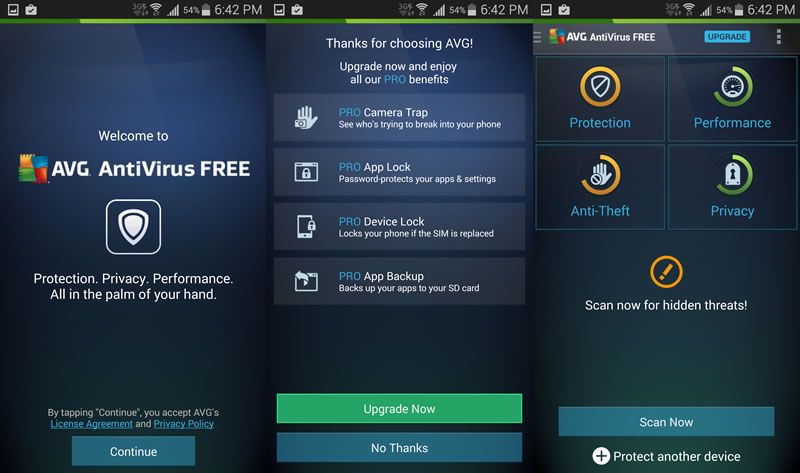 Norton Security is the all-in-one mobile security and virus protection app for your device. It’s considered to be one of the best Android antivirus apps because of many reasons.

Users can scan and remove apps that contain malware, spyware, or any other kind of virus. You can also choose to automatically lock your device after 10 failed unlock attempts.

In addition, you can find your lost or stolen phone on a map with remote location. Related: Best Applock for Android

Aside from all features mentioned above, the privacy options are quite impressive. You can block any unwanted calls and text messages. Also, it comes with a sneak peek feature that uses the built-in webcam to capture photos of anyone using your devices once you declare it as lost or stolen. However, this option is valid for webcam-enabled devices only.

You can use this app entirely free for 30 days. After that, you have to buy the premium version via in-app purchases to keep all the premium stuff.

We’ve listed the top antivirus for Android available to us. There are many antivirus apps for Android out there. However, we’ve decided to put these 5 as the best anyone can use. If you think that we’ve missed some app that belongs to the list of the best Android antivirus apps, please drop a comment below or contact us. 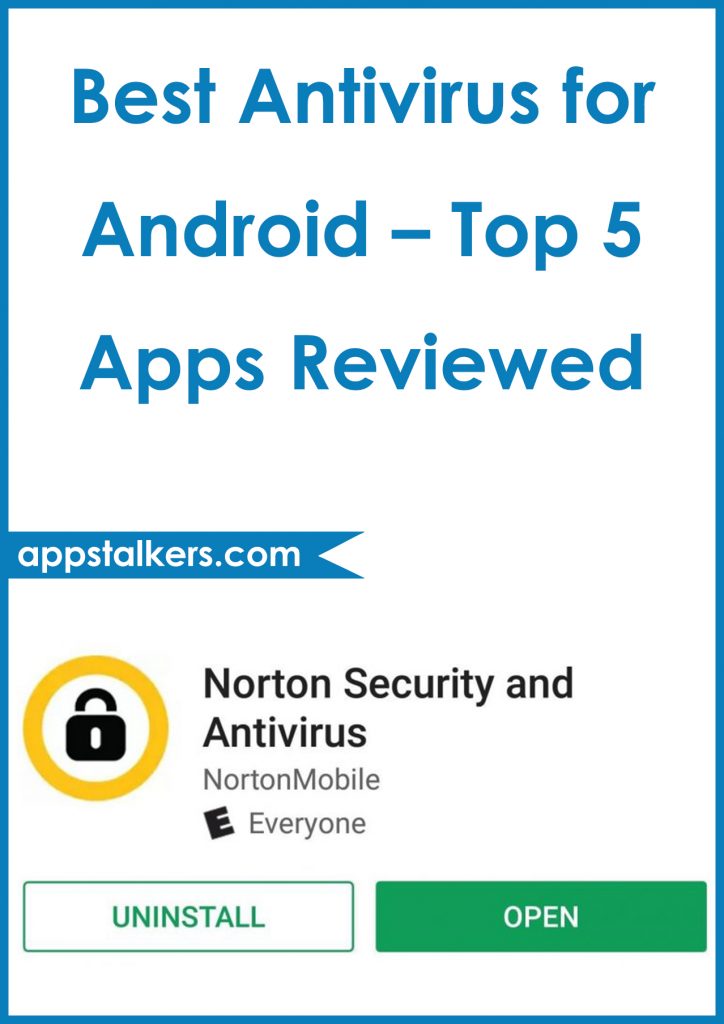